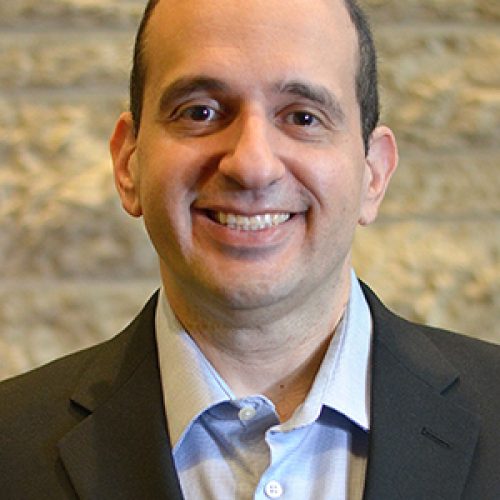 Annie-Kim Gilbert, Director of university education and research, is pleased to announce the appointment of Mr. Oury Monchi as Scientific Director of the Centre de recherche de l’institut universitaire de Montréal (CRIUGM).
Mr. Monchi began his career at the CRIUGM as a researcher and served as Associate Director of Clinical Research from 2012 to 2014.

Since 2014, Mr. Monchi has been a research professor in the Department of Neuroscience at the University of Calgary and holds the position of Director of Clinical Research. He founded the FRQS Quebec Parkinson’s Network in 2013, and then the Canadian Open Parkinson’s Network, which he has led since 2018. He thus leaves his position at the University of Calgary to join the University of Montreal as a full professor in the Department of Radiology, Radiation Oncology and Nuclear Medicine in the Faculty of Medicine and to take on the challenge of the scientific direction of the CRIUGM.

D. in Computational Neuroscience from King’s College London, Dr. Monchi has had several academic experiences, including as a full professor in the Department of Clinical Neurosciences (DCNS) and Radiology at the University of Calgary and as a regular researcher at the Hotchkiss Brain Institute (HBI). He holds the Tourmaline Research Chair in Parkinson’s Disease and the Canada Research Chair (Tier 1) in Non-Motor Deficits in Parkinson’s Disease.

The directorate of university education and research and the CRIUGM would like to thank Mr. Pierre Rainville for having assumed the position of interim scientific director until Mr. Oury Monchi took up his duties.